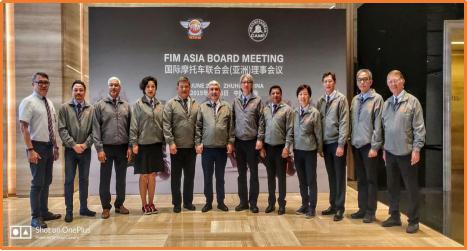 The second quarter of 2019 FIM Asia Board of Directors meeting took place at the Pullman Hotel, Zhuhai City, People’s Republic of China last 15th of June 2019. This was in conjunction with the round 3 of Pan Delta Speed Hero Racing Festival held at the Zhuhai International Circuit (ZIC) last 16 of June 2019. 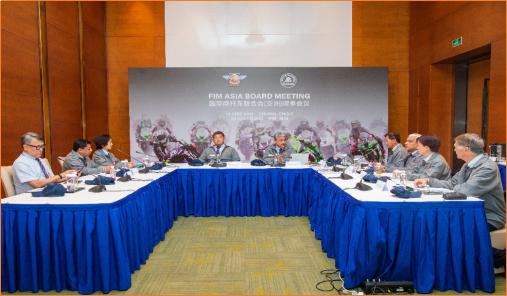 It was stated by FIM Asia Vice President Ms. Gong Hong Guo from the Federation of Automobile & Motorcycle Sports of China (CAMF) during the media interview before the Welcome dinner that the reason for bringing the FIM Asia Board Meeting in Zhuhai City was to grab the opportunity to introduce China as well as to let us understand the China Motorsports better thru the Pan Delta Super Racing Festival. 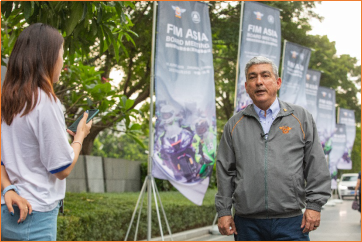 It was also stated By the FIM Asia President Mr. Stephan P. Carapiet during his media interview that he was happy and amazed that Zhuhai City is now developed thru the efforts of the local government and further stated that thru the Pan Delta Super Racing Festival and the on-going FIM Asia plans and programs for China, we might be able to produce and see a Chinese rider in the world road racing championship in the near future.

On the second day, Ms. Cleosun Ng and Mr. Stewart Tan showed the FIM Asia Officials the facilities of Zhuhai International Circuit including the race track before witnessing the Ducati China Panigale Cup wherein Mr. Stephan P. Carapiet, the FIM Asia President was given the honor to award the trophies during the podium ceremonies of the Pan Delta Super Racing Festival.

The Board Meeting went very well with all matters being discussed and put into its order.

The FIM Asia Board of Director’s Meeting ended with a more positive outlook and is now moving forward for the betterment of our CONU with the untiring and active support of the FIM Asia Board of Directors, Federation of Automobile & Motorcycle Sports of China (CAMF), support of the members of FIM Administration & 27 member federations of FIM Asia.

The FIM Asia President & the rest of the Board of Directors especially thanked the very warm welcome, hospitality, accommodations, sights and sounds tour, very good food and remarkable preparation of Zhuhai International Circuit management headed by Ms. Cleosun Ng and Mr. Stewart Tan for the hosting of the 2nd quarter of 2019 FIM Asia Board of Director’s Meeting and the orderly organization of Pan Delta Super Racing Festival in Zhuhai City, Peoples Republic of China held last 15th to 16th of June 2019. 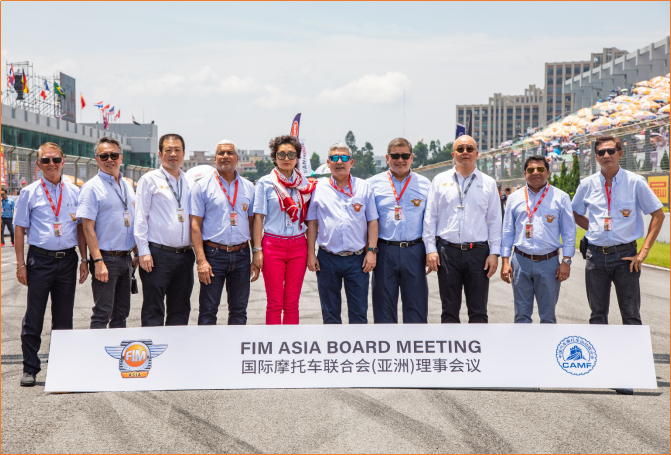