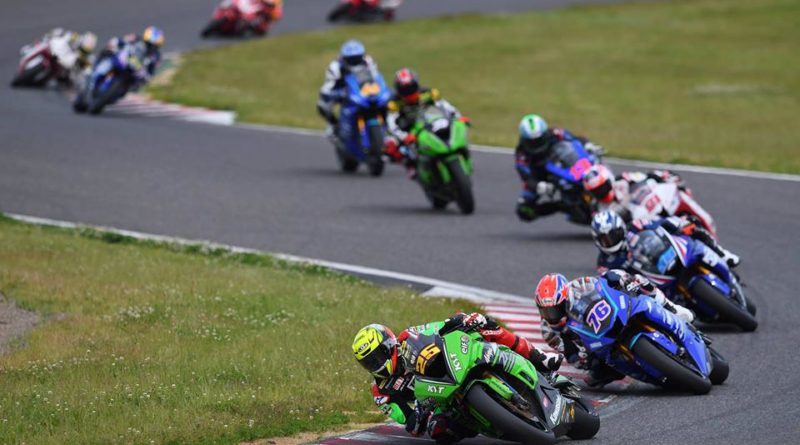 “Life begins at 40”. This old adage will be the maxim of the participants in the Veterans event of the 2012 FIM Asia Motocross Championship, the continent’s premiere motocross series which will unfold in Puerto Princesa City on April 12-15. Aptly titled the Asian Veterans class, the event is open to all physically fit and able senior riders (40-55 years of age) from the FIM Asia member federations. The Veterans are allowed to use bikes with a displacement of up to 450cc (4-stroke).

This year marks the ninth straight year that Mayor Edward S. Hagedorn and his constituents are hosting the country’s biggest annual spectator motorsport event. The event which coincides with one round of the Philippine national motocross series has never failed to thrill and excite the thousands who troop to the city’s world-class racetrack in Barangay Sta. Monica each year since it was launched in 2004. Sponsors of this year event are the City of Puerto Princesa, Asia Brewery, Polisport, Repsol, Kia Palawan and Shakeys. The event is also supported by the Department of Tourism and recognized by the Philippine Sports Commission and Philippine Olympic Committee.

News of the novel class brought forth a new wave of interest in the veterans race coming from senior riders still itching to let off their repressed adrenaline for off-road racing action. An exciting race thus looms as the veterans brace themselves to take centerstage and claim the bagging rights of being the first-ever Asian Veteran motocross champion. . The Veterans class will be a toss-up between Junjun San Andres, Gimo Gonzales, Frank Derek Cu, Florante Ramento, Dominic Tan, Cebu’s Siegfried Ornopia, Singaporean Wing Kit Kwok  and Guam’s Stanley Yasuhiro.

The Asian event will also renew the rivalry between the championship’s perennial protagonists in the centerpiece Asian MX2 category led by defending champion Arnon “Turbo” Theplib from Thailand, the 2010 champion Tomoya “Kamikaze” Suzuki from Japan, the Mongolian Express Khaliunbold Erdenebileg and Kenneth San Andres from Valenzuela City, the reigning National Motocross Rider of the Year and anchor of the Philippine motocross team. The darkhorse entries in the event are the multi-titled and ageless veteran Jovie Saulog and the fast-rising Jean Erick Mitra from Rizal, Nueva Ecija.

Other riders to watch out for are San Pablo City’s Mark Reggie Flores, the 2011 Asian Junior 85 champion who will be defending his crown against riders from Iran, Guam and Kuwait and his perennial rivals in the national series headed by Asian Junior 85 3rd overall winner Gabriel Simon Macaso from Cabanatuan, Nueva Ecija and the Ramento brothers, Ralph and Christian, from Marikina.

The delegates this year will also have the chance to see and experience the pristine beauty of Puerto Princesa , particularly the Puerto Princesa Underground River, a UNESCO world heritage site that recently garnered renewed worldwide prominence when it was named to the New Seven Wonders of Nature. For more information on the 2012 FIM Asia Motocross Championship and other NAMSSA events and activities, please log-on to www.namssa-live.com and www.fim-asia.com.