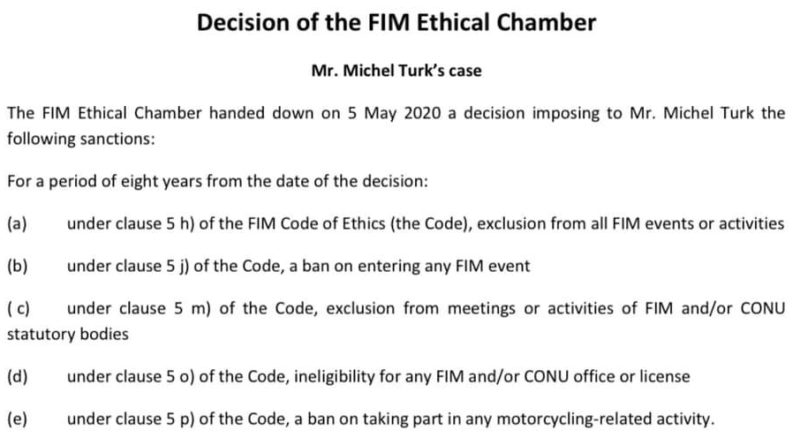 Mr. Michel Turk, Vice President and also a founding Director of PAMSS Philippines Authority of Motorcycle Sports and Safety is Banned for 8 years, from the FIM – International Motorcycle Federation – based in Switzerland. The PAMSS is an organization headed by its President Ruby Ann Kagaoan and incorporated by others.

Found guilty by the FIM Suisse under investigation and banned from entering and excluded in all forms of the FIM and FIM Asia, NAMSSA and all world federations members motorcycle events and motorcycle activities for the next 8 years as found guilty of charges by the FIM panel of judges.